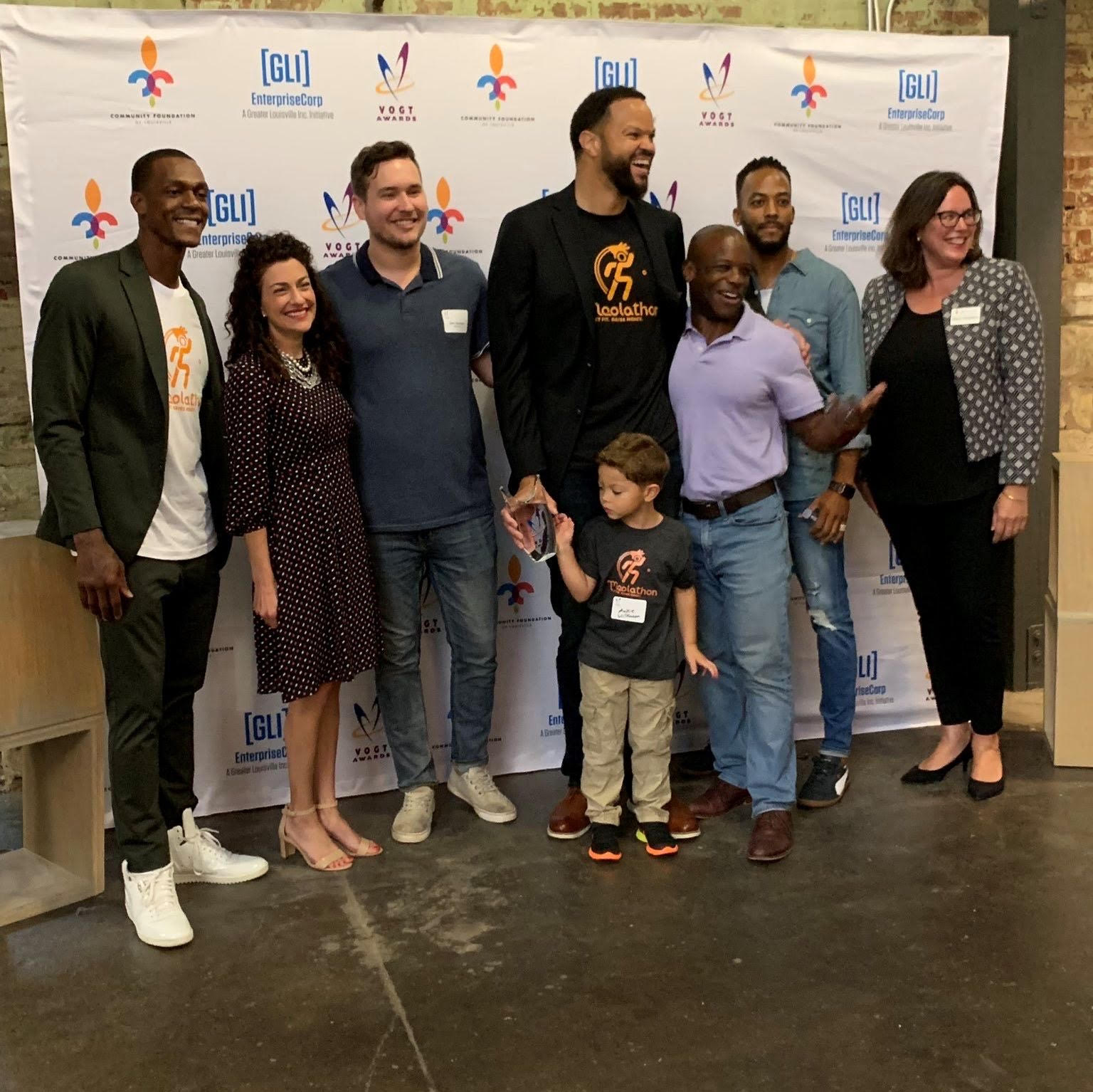 Louisville native Mac Wilkinson played basketball at the University of Louisville and Howard University before heading overseas to play for eight years. But he always had an entrepreneurial spirit, doing everything from creating flyers for campus events to designing logos for fellow pro athletes.

On March 20 of this year, Wilkinson, who moved back to Louisville in 2014, formally launched Moolathon, an online platform for conducting virtual walkathons and similar events. The startup, which has been in test mode since April 2019, earned him a Vogt Award last summer.

Wilkinson: Moolathon is a social fundraising platform that’s built on a fitness tracker. It gives businesses, charities, groups, teams, and individuals the ability to raise money through the pursuit of a cause we can all relate to, which is getting fit. Basically, the app works in two ways. It works in one way for individuals who are looking to raise money for any personal or philanthropic calls, and it works in another way for groups, charities, and organizations that are looking to expand their fundraising reach with virtual assistance.

How does it work for individuals?

Wilkinson: You create your campaign and share with friends and family via social media and email. Those people then pledge a dollar amount per mile, limited to a maximum number of miles they set. As you gain contributors, you simply go out and track your miles with the Moolathon fitness app. And then every mile you log with the app earns a bit more of that person’s pledge. At the end of your 7-, 14-, or 30-day campaign, those people are charged for the amount of miles you’ve run or the maximum number of miles they’ve set if you’ve exceeded that amount.

How does it work for groups?

Wilkinson: Basically, a group or organization or school creates a virtual event. They share with their supporters via social media, text, and email. People wishing to participate in their event pay a small entry fee of $3 to $10; anything above that minimum entry fee just becomes a donation. They can use it as a virtual extension to an event that they’re already having. But also there are teams and schools and things that don’t have the option to do like an actual annual event every year because there’s a lot of overhead associated with it.

Why start Moolathon in Louisville?

Wilkinson: Being a proud Louisvillian I think there’s nothing greater you can do for your community than start a business and hire people from it. I’ve always, having my entrepreneurial mindset, thought that I would start a business in Kentucky.

What’s the best part of building a startup in Louisville?

Wilkinson: Everybody is pretty closely connected who’s in the tech community here. So any connection we need is usually just a couple phone calls away.

How did you raise the money to start Moolathon?

Wilkinson: It was my money combined with a small friends-and-family round. And we’ve been lucky enough to be part of several pitch competitions and incubators, and those have been associated with prize money and grant money. We’ve just been bootstrapping and piecing it together along the way.